What can the UK learn from China at the moment? An English scholar said …

Original title: What can the UK learn from China at the moment? A British scholar said this …

[Global Network Reporter Wang Boyaqi Wang Xinyi Li Dongyao] The new crown pneumonia epidemic has continued to spread globally. “What can I learn from China?” This question also seems to have become a lot of foreign experts and Issues discussed by scholars.

On overseas social media Twitter, on March 13, an information account DDN (Double Down News) released a video recording the relevant views of the British scholar Heiko Khoo on this issue. In the video, Heike, labeled as an “China expert”, believes that the United Kingdom should learn from China’s anti-epidemic approach to take decisive measures and take immediate action. He said he believes China has the ability to defeat the new crown virus in the next few weeks. 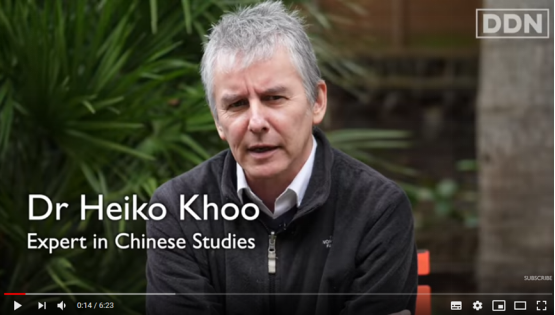 (Video screenshot) According to

public information, Heike Qiu is a columnist, video producer, historian, and a well-known public speaker in London. He has worked at Tongji University in Shanghai and Shanghai in the early 1990s. Foreign language university work.

As of the time of the World Wide Web release, this video posted by DDN on Twitter has received 132,000 views. It is worth noting that this video was also posted on overseas video site Youtube at the same time. 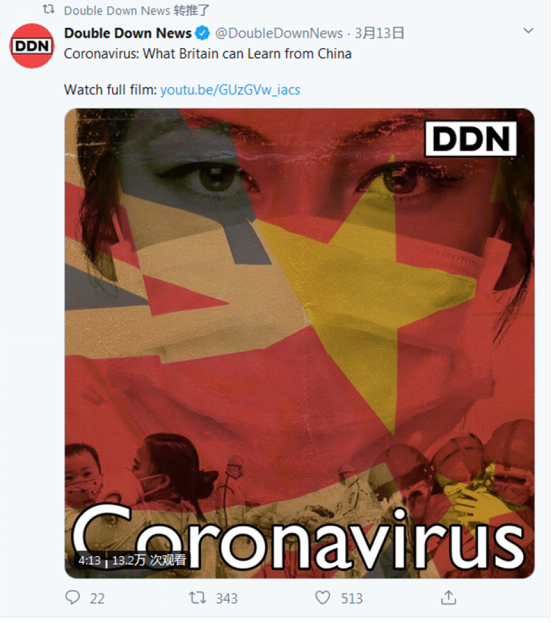 beginning of the video, Heike first expressed his views on the dissatisfaction caused by the implementation of British border control measures. He said he understands the idea that people want to open borders, but now it is a matter of spreading the epidemic globally. “If no measures are taken to control it, the epidemic will spread itself.”

He then warned that if the epidemic spreads in the UK as quickly as in Italy, if the testing equipment cannot be put in place quickly, if people feel that they do not have sufficient economic and social security Let them isolate themselves, then “the whole thing (outbreak) will develop to the scale of Italy, and then (the public) panic.” 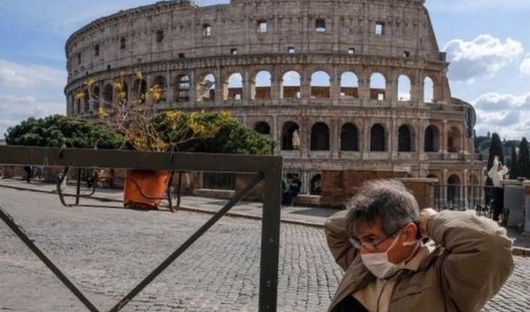 (Italy during the outbreak )

Subsequently, Haike turned to China, which has made a lot of sacrifices in the fight against the “epidemic” and accumulated some experience. “It’s fair to say that China has suffered for the people of the world and they have seen it. This is the Chinese mindset: we are protecting our friends, family, communities, cities, nations and the world from Virus infestation, and no one in the world (born in nature) is immune to this virus. ”

” On January 23, China adopted a blockade (that is, Wuhan blocked the city). If they did not block Hubei and most of China The epidemic will spread wildly in the region. “Heike said that China’s successful control of the epidemic was not only in adopting measures to” close the city “, but also in implementing temperature tests, requiring people to wear masks, and enhancing the awareness of the entire population to fight the disease.

“People really don’t like the idea of” blockade “, they may think so: God, we are imitating the totalitarian country China. (But) In fact, the Chinese don’t think so, we You shouldn’t think so, “he said.

Then, Heike also reminded that the epidemic situation we are dealing with is currently beyond control, except to take quarantine and preventive measures as China and Italy do now to contain and defeat the virus. He then asked, “If the United Kingdom says we don’t intend to control the border, how can we stop the epidemic from spreading from the United Kingdom to other countries?”

In the next video, Heike mentioned that the proactive policy is to make as much as possible Protecting more people, and the passive policy, that is, responding when the number of (confirmed cases) rises, is to plan related measures in accordance with economic interests. “Proactive means what to do to prevent things from happening. If the government already knows a virus is coming, then it should be prepared in advance for what will happen.” Heike said.

“It may be true that Wuhan was accused of sluggish operations and blocked information. But when they took action, they acted decisively and immediately started building a hospital.” Heike said, “The problem in Britain is passive response. They did not build such capabilities. For example, in London, we have tens of thousands of empty offices distributed in various corners of the city, which can be transformed into various forms of emergency treatment centers. In this matter, the United Kingdom Have technical capabilities, but are you willing to take on the benefits of these vacant house owners? ”

Heike said,“ This is why China has such an advantage because they do n’t have to worry about it, they pass ‘People’s War’, through the participation of the people and the organization of state institutions to do those necessary to achieve their goals. ” 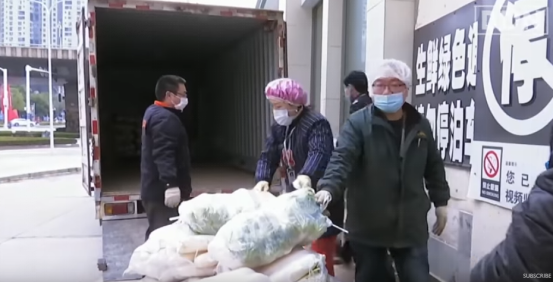 He believes that China is capable of the next After defeating the new crown virus in a few weeks, Chinese experts should be invited to the UK to help this country solve related problems. “We need to establish a sense of social solidarity at the local, national and global levels.” Fighting the epidemic requires the active participation of the general public, trying and working to implement the necessary policies to curb the spread of the disease.

At present, the UK’s domestic epidemic prevention work is under pressure. According to the data released by the British Health Department on the 16th, the number of confirmed cases of new crown pneumonia in the UK has reached 1,543. According to a previous report by the Public Health Agency of England, 7.9 million people are expected to be hospitalized in the next 12 months due to the impact of the epidemic.

As the virus spreads globally, the epidemic is entering a new phase. On March 16, the American Eurasian Review website published an article by American scholar Dan Steinbeck, in which the author thought about the Chinese experience of containing the new crown virus. 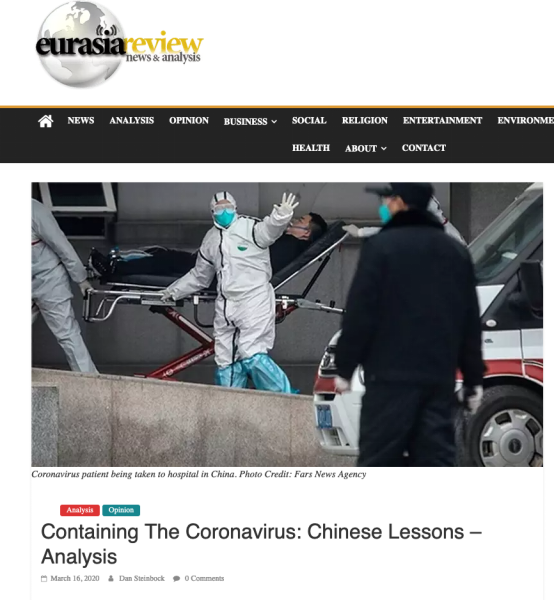 article said that earlier, some international observers regarded this virus as a “problem in China.” Over the next few months, this misunderstanding will cause huge losses to human life and the economy. Faced with an unknown virus, China has adopted what WHO said “maybe the most ambitious, flexible and violent disease containment operation in history.” The

article wrote that every country can learn from China’s experience . We cannot afford the cost of learning too slowly.