People who support the “herd immunity” in Britain have appeared, and it really comes from this country

Home Health People who support the “herd immunity” in Britain have appeared, and it really comes from this country
Health
March 17, 2020March 17, 2020By daydayhub
0

Original title: People who support the “herd immunity” of the United Kingdom have appeared, and it really comes from this country.

Although the British government has recently been exposed by the media, it will adopt the so-called “herd immunity” strategy-that is, letting 80% of the population be infected with the new crown virus. Achieving the “epidemic prevention” of patients-has caused the collective criticism of many medical experts around the world, but an official Swedish expert thinks that the British “faint” is very good, and intends to let Sweden follow suit …

“I heard the British do it, and they are very similar to what we do in Sweden,” the Swedish expert said. 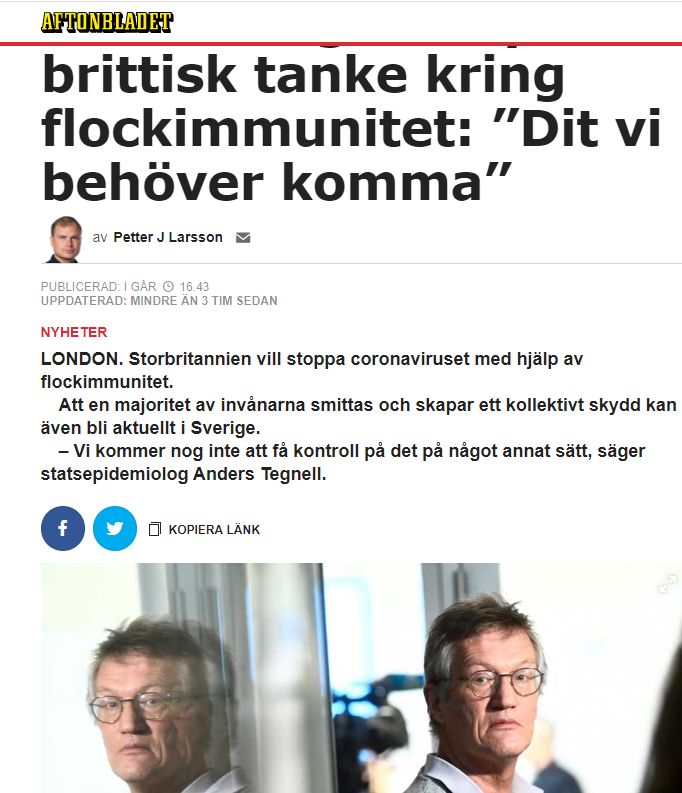 He also further introduced his understanding of the “herd immunity” strategy, saying that this strategy is “doing the right thing at the right time.” And according to the report of the Swedish Evening News, this Anders Tegnell seems to think that although the practices of other countries are strongly blocking the epidemic, this simple and crude approach will eventually break the embankment, leading to a larger outbreak. The British and Swedish practice is to let the epidemic outbreak little by little, so that you can control the extent of the outbreak and better respond to it so as not to overly harm the community.

The Swedish expert also emphasized that the “herd immunity” strategy is by no means surrendering to the virus.

When asked by the “Swedish Evening News” that the World Health Organization believes that the new crown virus epidemic is like a fire and cannot be allowed to burn at will, Anders Tegnell responds that the epidemic is like a forest fire. Control the speed at which the fire spreads, let it burn slowly, and burn cautiously, then the fire will eventually burn itself out.

As for the question of 6 million Swedes who will be infected with the new crown virus because of this strategy, the official opinion of the Swedish expert is that although the number of 6 million people sounds scary, most of the infected people are only mild, so as long as Targeting critically ill patients and high-level populations, and focusing on treating them, can make the medical system better respond to the epidemic.

Finally, it is worth mentioning that, according to a previous report by the Swedish Evening News, this Anders Tegnell is also one of the experts who prompted the Swedish government to no longer accurately count the number of infected people in the country, but only the critically ill.

Judging from the report, he believes that the actual statistics are no longer important, and it is better to find out which groups will have more severe symptoms. 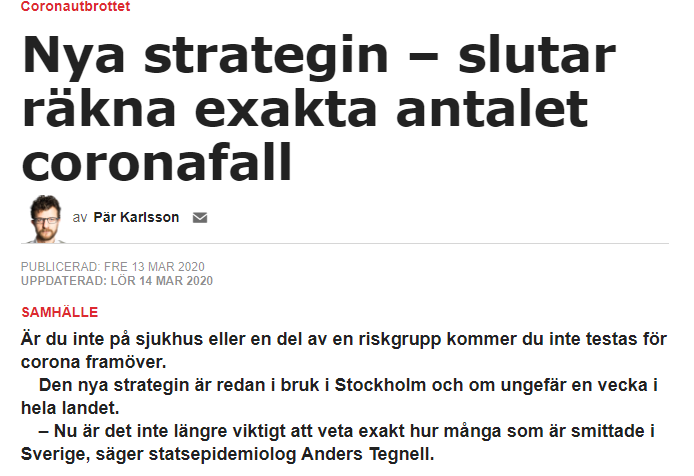 new crown pneumonia, News, Outbreak, Swedish Evening News
Previous PostWhat can the UK learn from China at the moment? An English scholar said …Next PostFrench First Aid Officer: Even masks cannot be supplied. How can they be called developed countries?