Liu Haitao, Director of the Frontier Inspection and Management Department of the State Migration Administration, introduced at a press conference that the World Health Organization announced the new crown pneumonia epidemic as a global pandemic on March 11. Since this time, the national land, sea and air port entry personnel day Both were 120,000 people, a decrease of over 80% compared with the same period last year. Among them, an average of 20,000 people enter the country by international flights daily, and about 10% of them are foreigners. 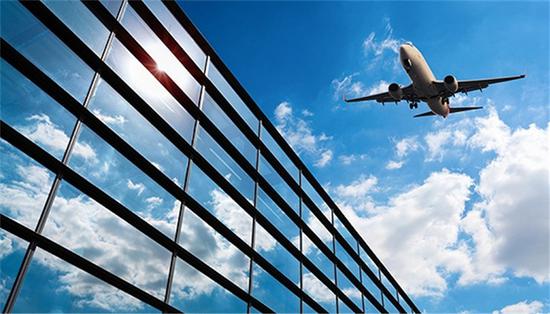 Wang Jun introduced that some immigrants refused to declare by various means, or did not report their health condition truthfully, did not cooperate with body temperature monitoring, and some even took antipyretics to lower their temperature, cover up fever symptoms, and passed through the customs health quarantine. He was later diagnosed with neocoronary pneumonia, causing people in close contact with him to be infected or isolated for observation, posing a significant risk to public health safety. “Evading customs quarantine with luck, not only has to accept the condemnation of the public, but also faces jail.” Wang Jun said.

A reporter asked that as the epidemic continues to spread overseas, many Chinese want to return to China as soon as possible. In this regard, will the Chinese government consider chartering evacuation of overseas Chinese from some key countries?

In response, Zhu Tao, director of the Flight Standards Department of the Civil Aviation Administration of China, said that starting from March 4 to the present, the Civil Aviation Administration, based on normal flight operations, has started some cities with concentrated demand and flight destinations with reception capabilities. A major air transport guarantee mechanism was established, and temporary flights or charter flights were launched.

Up to now, the Civil Aviation Administration of China has carried out 13 transport missions to severely affected countries, of which 7 temporary flights have been arranged to receive 1,101 Chinese citizens, 1 mission of foreign aid expert group transport missions, 9 experts transported, 11.09 tons of supplies, implemented Foreign aid materials transportation mission 5 times, transportation materials 78.45 tons. According to Zhu Tao, the CAAC will arrange such flight missions in a timely manner based on actual needs under the guidance of the State Council’s joint defense and control mechanism.

Regarding whether the inbound passengers are infected at the airport and the centralized isolation point, whether they are treated locally or will be repatriated to their original country, Mi Feng, a spokesperson for the National Health and Medical Commission, said that if relevant conditions occur during the centralized observation, according to China ’s laws and regulations , The relevant personnel will be immediately sent to the designated hospital for investigation and diagnosis.

As to whether the current isolation measures taken by Beijing will be extended to all domestic ports of entry, does China consider completely banning the entry of foreigners? Mi Feng responded that Beijing has already taken relevant measures, and various localities will also adopt corresponding management measures according to the actual conditions and laws.

new crown pneumonia, News, Outbreak
Previous PostBorder inspections across the country asked immigrants and found that there were more than 62,000 people who had entered and exited the epidemicNext PostTrump gives full marks for outbreak prevention and control: I was done like this by my ex