A report from the UK Department of Health leaked is staggering

Home Health A report from the UK Department of Health leaked is staggering
Health
March 16, 2020March 16, 2020By daydayhub
0

Original title: A report from the UK Ministry of Health leaked with surprising content.

According to the British “Guardian” reported on the 15th local time, the latest government report on the new crown virus showed that 7.9 million people in the UK may be hospitalized due to infection .

According to the Guardian, the “secret” briefing recently passed by the British Health Department’s “Public Health England” to senior British health system officials shows that the new crown virus epidemic in the UK may continue Next spring, 7.9 million people will be hospitalized due to infection. 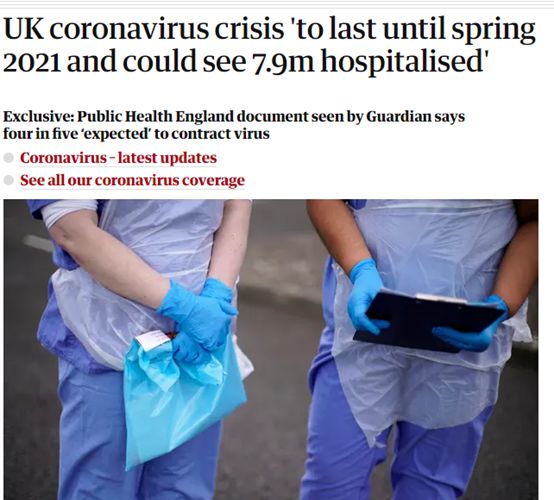 The report also predicts that 80% of Britons will be infected during this period, and 15% (7.9 million) will need to be hospitalized, and calls on UK health officials and hospital leaders to be prepared for this.

But some British experts believe that although it is possible that the epidemic will last for one year, the epidemic will sink in the summer and then make a comeback in November, just like the flu. The expert also believes that the virus will always exist in the UK, but over time it will become less and less lethal, because the human body will already have immunity.

In addition, the report revealed other worrisome situations, such as the British health system’s inability to test viruses for a large number of people with symptoms, because laboratories are already under tremendous demand.

Therefore, the report revealed that the UK will only test people who have seriously deteriorated and are already hospitalized. If there are confirmed cases in nursing homes or prisons, they will also be tested. But that’s it, because the pressure of testing has reached a level where even the British health system’s employees can’t get the test, even though they have the important responsibility of caring for the patients, and they will be infected or even infected with the virus. Patient risk.

A person in the UK’s healthcare system said that if 80% of the population does become infected in the UK, half a million people will die in the process. The Guardian said that if the death rate of the new crown virus is 1% as many experts have said, there will be more than 530,000 deaths. And if the mortality rate is 0.6%, as estimated by Chris Whitty, the UK’s chief medical adviser, nearly 320,000 people will still die. 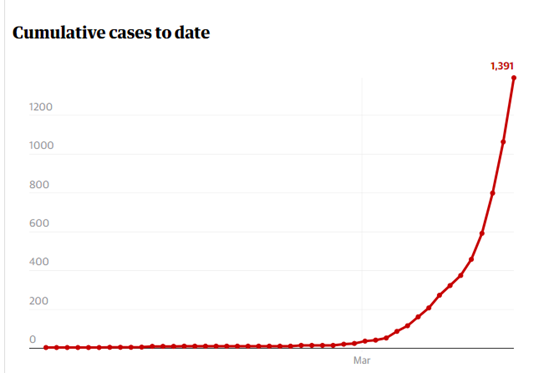 new crown pneumonia, News, Outbreak
Previous PostSpain doubles in 24 hours, considers closing borders, extending national blockadeNext PostBorder inspections across the country asked immigrants and found that there were more than 62,000 people who had entered and exited the epidemic