In the US, I lined up for two hours and bought my first gun

Original title: In the United States, I line up two hours to buy a gun first life

clock reaches 2020, the world seems to have entered another time and space, Everything is not quite flat. The new crown pneumonia epidemic broke out globally, and suddenly the beautiful and peaceful life of the past became anxious and fearful.

December 28, 2019, I returned to work from Murray’s home in Salt Lake City, Utah, as usual, and saw my wife and her family in the video. Two children were playing next to each other. The wife prepared a table and waited. I eat. I went to my wife and said hello to my mother-in-law, and talked about the family, they were very happy. Because the Spring Festival is coming soon, everyone is discussing how to celebrate this festive day.

My mother-in-law asked us if we would return to the Chinese New Year, but due to work problems, my wife and I could n’t go home to celebrate the New Year. We plan to return with two children to study Chinese culture in the summer. After dinner, I took my wife and two children to watch Chinese movies. The days are ordinary but beautiful.

On the eve of the storm

, on January 10, 2020, I returned home from work as usual, but found that the atmosphere was a bit different, and I saw a trace of worry on my wife’s face. Upon questioning, his wife said that a new crown pneumonia epidemic had occurred in Wuhan, China, and it was not clear at that time whether the epidemic would be severe or severe. I can only comfort my wife, it’s all right, everything will be fine.

We did not realize the seriousness of the epidemic until January 23 when the epidemic broke out in Wuhan and the city was announced directly. After all, I have lived for more than 30 years and have never encountered the closure of the city.

Chinese overseas Chinese have always followed the situation in Wuhan and learned that the medical supplies in Wuhan are inadequate. The Chinese in Salt Lake City, Utah, spontaneously purchased masks and goggles to return to China.

For a while, my wife and I have been traveling to different supermarkets to find qualified medical masks. As soon as I arrived in the supermarket, the staff said, I’m sorry, our masks are sold out. The staff said that we met a lot of people like you, who bought masks in large quantities and sent them back to China. When I heard the staff say this, I felt a sense of pride, because many of the descendants of Yan and Huang from overseas would contribute to the country’s difficulties. No matter how small this force is, I also hope that I can help. I bought some masks and sent them back to China, which made me feel more comfortable.

When he returned home with his wife, the wife always told her family to wear a mask and not to go out unless necessary. At this time, the United States was in the first stage of epidemic prevention. They banned Chinese people from entering the country. At that time, the virus always felt far away from us. 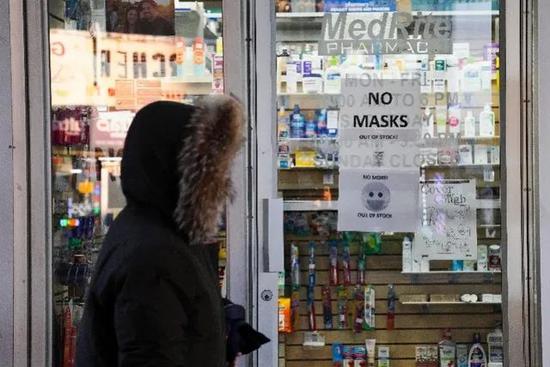 a notice that the masks were sold out. The Xinhua News Agency burst into a

On January 21, the United States announced the discovery of the first new case of new pneumonia, and we were a little nervous at the time. However, the government said that this was an imported case, and that it knew the route of infection, and the public did not need to be nervous. At the time, we also felt that the case was in Seattle, a long way from Utah, and the government had always emphasized that there was no need to panic, so it was a safe life. Until one day, the news reported that the CDC (American Centers for Disease Control and Prevention) had a wrong test for the new crown pneumonia virus, meaning that perhaps the confirmed patients did not detect it and spread it in the community.

The Chinese all know what this means. We are always concerned about the epidemic situation of new crown pneumonia. We also know that this virus is not the same as the flu virus. The lethal rate of this virus is higher than other viruses. However, whether it is news broadcast on TV or mobile phones, the government does not emphasize the wearing of masks by the citizens, only saying that washing hands frequently and not shaking hands, the chance of being infected with the virus is low. People, as if the virus never came to this land, everyone’s life has not changed.

But the Chinese know that the new crown virus is not so simple. Once we put on a mask and went to the supermarket to buy something, we could clearly feel that others looked at us differently, with doubts in their eyes. Because as my daughter was told at school, only sick people need to wear a mask, and wearing a mask does not completely prevent you from being infected. But as far as I know, wearing a mask is the best way to reduce infections. Because some patients experience incubation period before diagnosis, even during the incubation period, they are contagious. Wearing masks is to reduce the scope of infection. Therefore, I think everyone wearing a mask is a very good measure.

However, the detection reagents in the United States are also seriously inadequate, and some patients who may have new coronary pneumonia cannot be detected in time. In this way, the spread of the new crown virus has become larger and larger. From the original case to more than 2,000 cases, many states have declared a state of emergency. The American people are beginning to take precautions. Hand sanitizers, sanitizers, toilet paper, and food that can be stored in supermarkets are sold out. I have been in the United States for more than 10 years and I have never encountered this situation. A large number of Americans in the supermarket are rushing to buy money. 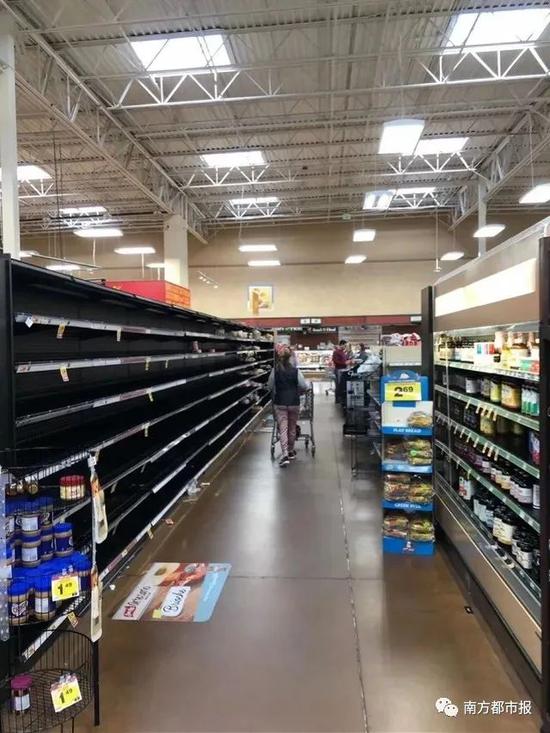 Goods in the supermarket were sold out. Photo Le Zhou.

courtesy of Concern has been with of

coming to this land the atmosphere fear. In the United States, crime rates rise in the city whenever there is an emergency. We don’t know what we will meet in the future, so I discussed with my wife and we also need to buy a gun. We lined up for two full hours before we bought the first gun in our life. I hope that I don’t need to fire this gun in my life. Fear has always been with us, because there are no quick detection measures, and people on the street don’t know who carries the virus. Some patients are diagnosed, but they are only isolated at home. There are no centralized hospitals like China, and they will only go to the hospital when their symptoms get worse.

I have a friend who works in a hospital, her office is on the third floor, and a person has been diagnosed on the fourth floor, but the hospital has no emergency control measures, and she goes to work as usual. She said a word I remember freshly, she said that in the United States to live by praying to God.

The new crown pneumonia epidemic occurred in China at the end of December. After nearly three months, the situation has now been controlled, but the United States has spread more and more seriously. Until today (March 13th, Eastern Time), Trump announced that the United States has entered a state of emergency, the country only closed schools, introduced a series of financial assistance measures, and increased testing reagents, but has not announced how to increase prevention Infection measures. Looking at the scenery outside the window is so beautiful, but it is also so dangerous. The store is still crowded with people, and worry is always accompanied. China ’s gunpowder is gradually dissipating, but the United States is being filled with gunpowder. We do not know how bad the outbreak of the new crown pneumonia epidemic will be. We can only pray that the epidemic will end soon and that the world will be peaceful.

new crown pneumonia, News, Outbreak
Previous PostNewly confirmed cases of U.S. come to Beijing have been rejected for nucleic acid test 3 times in the U.S.Next PostUK Secretary of Health: “herd immunity” is not our goal or policy