CNN: Britain is gambling, no one knows it won’t work

Original title: CNN: The United Kingdom is gambling. No one knows that it will not work.

[Writer / Observer Network Zhang Chenjing] The sudden emergence of the new crown virus crisis in the world is testing the governance capabilities of different countries. Different from the positive response of China, Italy and other countries, Britain chose to “lay flat” directly and put forward the so-called “herd immunity” plan, which shocked all circles.

In response to this move, CNN evaluated on the 14th that this is a gamble by the British government. No one knows whether it will work, only time will tell us. But no doubt, this new crown virus crisis must be the worst nightmare of British Prime Minister Johnson.

The editor-in-chief of the British authoritative journal The Lancet has repeatedly tweeted for this, saying that it was a serious mistake to play “roulette” with public safety. He called on the government to share the scientific evidence, data, and models on which its policies are based. 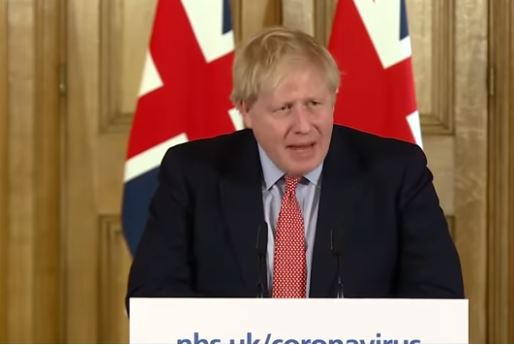 In the face of such a severe epidemic, the United Kingdom has not adopted stringent prevention and control measures like China, Italy, or other European countries. Instead, it has adopted mild measures and announced that it will move the epidemic response measures from the “containment” stage to the “delayed” stage.

At this stage, the British government changed the testing method, no longer testing people with mild symptoms, and focused on patients with more severe symptoms; it also recommended that patients with mild symptoms such as cough and fever should be isolated at home for 7 days, Unless the condition worsens, it is not recommended to call an ambulance; in

addition, the United Kingdom has not closed schools, it is only recommended that schools should stop organizing travel abroad; and people over 70 years of age who are in distress should not take cruise ships.

British officials have said repeatedly that they made decisions based on the advice of scientific experts. It is also claimed that, according to current scientific research, the establishment of herd immunity to the new crown virus is beneficial to the country in the long run.

Scientific experts in the UK government have also justified these initiatives, saying that they have found that for patients without any health problems, the new crown virus usually only causes mild symptoms for 5 days. But for the frail elderly, some immune responses can be triggered, causing many fatal injuries.

Experts also believe that the government’s latest measures can delay the high incidence of new coronary pneumonia from April in the traditional flu season to summer, which will ease the pressure on hospitals. 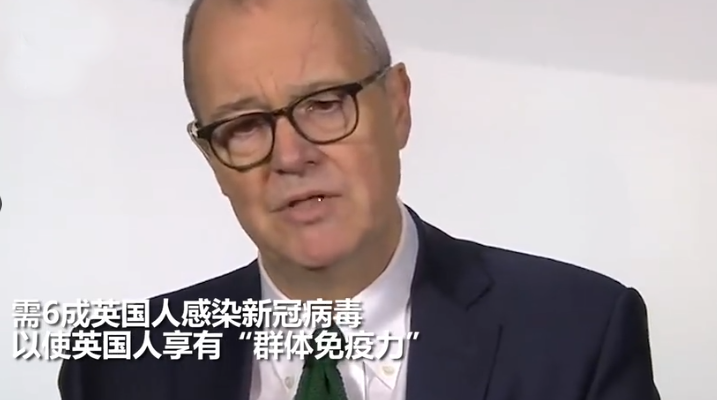 However, these practices has triggered a huge controversy outside. CNN reports that front-line doctors in the UK’s ICU have warned that if the number of confirmed cases reaches a peak, lack of respirators may occur. If doctors and nurses become infected as well, severe shortages will make the epidemic worse.

Former British Health Secretary Jeremy Hunt is worried about this: we will reach the stage where Italy is currently in only four weeks, but we have done nothing.

WHO spokesman Margaret Harris questioned the “herd immunity” plan, saying that each virus acts differently in the body and stimulates different immune systems. “We can discuss the theory, but at present we are facing a realistic situation, and we must consider taking action.”

In recent days, Richard Horton, editor-in-chief of the authoritative British journal The Lancet, has also tweeted several attacks on Britain’s response to the epidemic. He accused the British government of making decisions not based on science, but playing “roulette” at the safety of the public, a major mistake.

Richard said that on the 14th, a number of British public health experts, including him, published an open letter in the Times stating that Britain’s approach to the epidemic was significantly different from most countries, and there was no indication that Decisions in the UK are made based on the experience of other countries in containing the virus, and the British government is called upon to publish the basis, data and models for the decisions made.

“Without full openness, public trust will be lost,” Richard said. This transparency is essential to maintaining the understanding, cooperation, and trust of the scientific, medical, and public communities.

On the same day, hundreds of people in the scientific community also sent two open letters to the British government, worried about their policies, calling for urgent measures to increase social distance in the UK, etc. 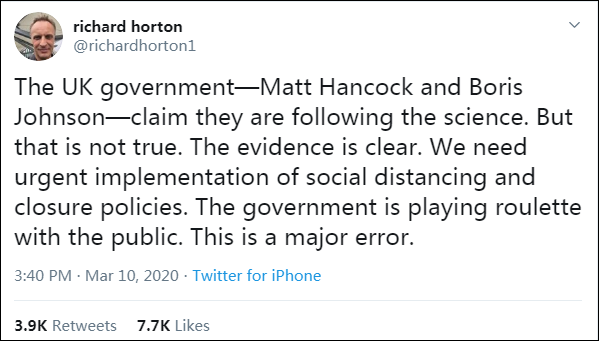 The CNN report explained that the reason why the UK did not take “social alienation” was because its experts predicted that the peak of the epidemic would not come until 14 weeks, and people were unwilling to change their lifestyles for this reason, and did not want to change it in more than three months To comply with the new regulations.

Richard argues that the government has underestimated public understanding and action. He also emphasized that he is not alarmist, that everything that is happening in Italy is true. And the British government is not ready to deal with these. He also called for immediate and decisive measures such as “closing the city.”

However, there is also support for Britain’s response. Clare Wenham, a professor at the London School of Economics and Political Science, said that we do not have enough evidence that closing schools can curb the spread of the new crown virus, but Johnson is listening to experts and he has taken a fairly cautious approach. “This is indeed a gamble.”

She believes that the government’s top priority is to avoid public panic and ensure that the public cooperates with prevention and control measures, “if it is wrong, it is a political gamble.”

CNN reports that Downing Street seems to believe that in the long run, panic caused by the new crown virus may be more dangerous than the virus itself. No one knows if this “unique” gambling in Britain will work, only time will tell us.

The report also said that this time, the new crown virus crisis was Johnson’s most terrible nightmare, which caused him to fall into a unique predicament. While Johnson responded to the epidemic crisis, Britain’s next Brexit deadline, July 1, is also counting down.

According to the agreement, the transition period for Brexit only lasts until the end of this year. If the United Kingdom and the European Union have not made substantial progress on the negotiations before July 1, the two sides will make a decision on whether to extend the transition period on July 1.

The report asked if the negotiations with the European Union were delayed and the progress was slow, and no agreement was reached by the end of June, would Johnson risk the shortage of food, medicine and other materials in order to save face?

Rather than responding to the epidemic, the British government is more willing to take decisive action in the economic sphere. Newly appointed Treasury Secretary Rishi Sunak has raised emergency funding for public services in his first budget this week. The Bank of England has also taken concerted action to cut interest rates and announce stimulus measures.

The United Kingdom earlier said that since many people were undiagnosed, between 5,000 and 10,000 people may be infected with the new crown virus.