Original title: Chinese aid arrived in Italy, and the embassy’s Facebook was swept away by a word.

With the new crown pneumonia epidemic spreading in Italy, while fighting the domestic epidemic, China also extended a helping hand to this country with the worst epidemic in Europe. The China-Italy expert group and related materials have now arrived in Italy. On the 12th local time, the support forces from China were welcomed by officials from several Italian government departments. In addition, on social media, many Italian netizens came to the official Facebook page of the Chinese Embassy and said “Grazie” (meaning “thank you”) to express their gratitude to the Chinese than Red Heart. 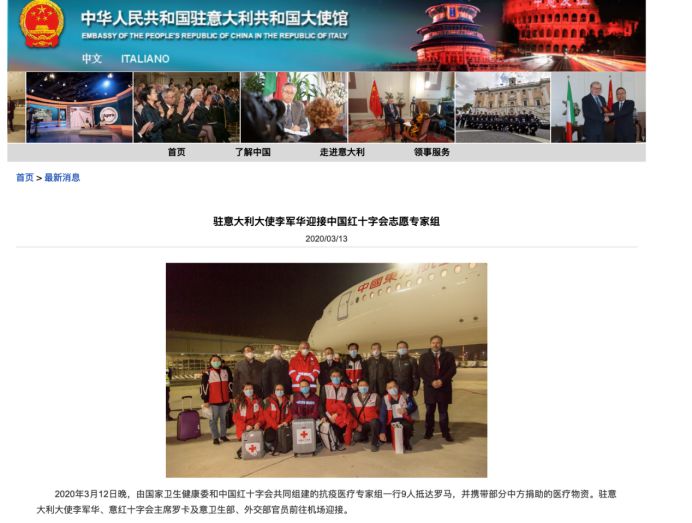 Chinese Embassy in Italy released the news on the 13th. On the evening of March 12, a team of anti-epidemic medical experts jointly formed by the National Health and Health Committee and the Chinese Red Cross Nine people arrived in Rome with some medical supplies donated by the Chinese side. Li Junhua, Ambassador to Italy, Roca, President of the Italian Red Cross, officials from the Italian Ministry of Health and the Ministry of Foreign Affairs greeted the airport.

Chinese experts stated that they will take the time to understand the epidemic situation in Italy, and fully share China’s experience and practices with their counterparts in Italy, agreeing that the party will overcome the difficulties and write a new song for the cooperation in the medical and health fields of both sides.

At the same time, this news was also synchronized to the official Facebook of the Chinese Embassy in Italy.

According to reports, as of the 12th local time, the cumulative number of confirmed cases of new crown pneumonia in Italy has exceeded 15,000, which is the country with the worst epidemic situation except China.

The Italian domestic epidemic is severe. After learning that the Chinese expert group and a large number of materials have arrived in this country, many Italian netizens have come to the Chinese Embassy’s Facebook posts to express their gratitude in their own way.

It can be seen that many netizens say “Grazie” (Italian: Thank you), “Thank you for China”, and also have “red hearts”. 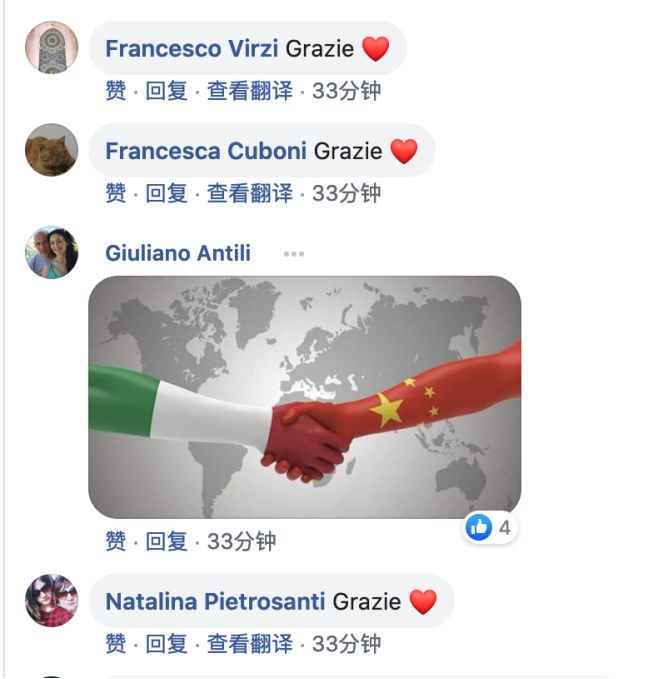 Netizen Anna La Sala expressed her gratitude to China, to all of them for their presence and collaboration with our country at this moment. 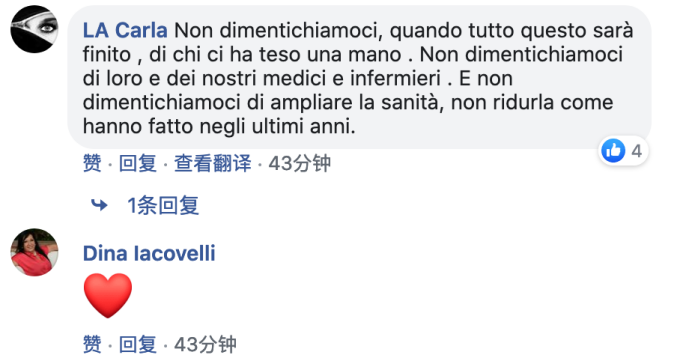 Netizen Luciano Pampam wrote, “Europe let us down, China helped We are very busy, thank you. ”

Netizen Filippone Giuseppe said,” Thank you Chinese, (where is this) European countries? ”

Some people commented,” This is the real solidarity and brotherhood. ”

As more and more Of Italian netizens came here to express their gratitude. As of press time, the above posts of the Chinese Embassy have received 34,000 likes and 21,000 shares. 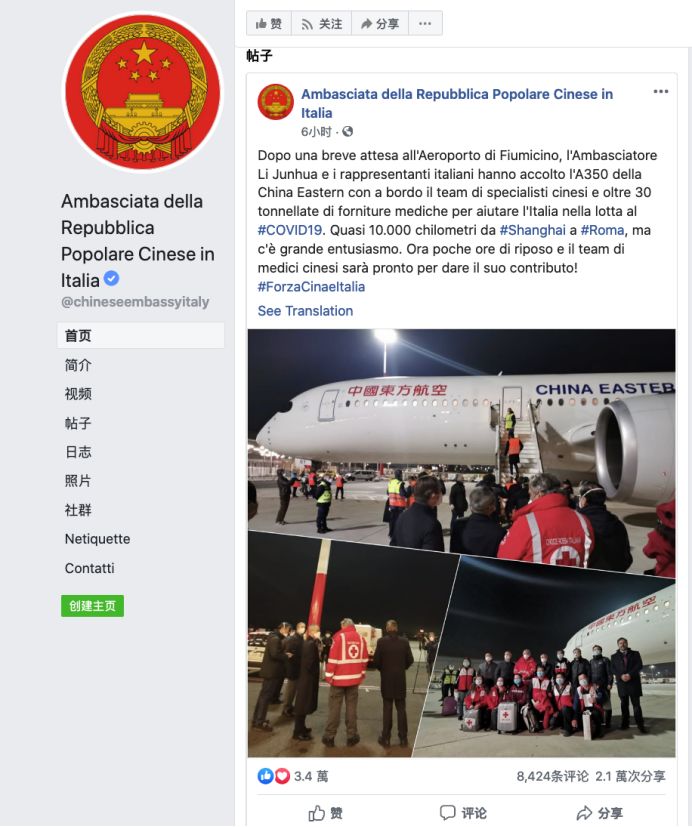 It is worth noting that it was the passenger plane from China Eastern Airlines that was responsible for the task of transporting the Chinese expert group and assistance materials.

in the comments section said: “China has been providing assistance to Italy. Even in the (Italy) Amatrice earthquake, China sent a team of experts.” all the way ‘bond stronger than ever. Thank you, China, Eastern thank you. ”

netizens Neva Argentin said,” Thank you very much. the doctor thought China risked their lives to help us, I was very moved. ”

along with scraper “Grazie” (thank you). 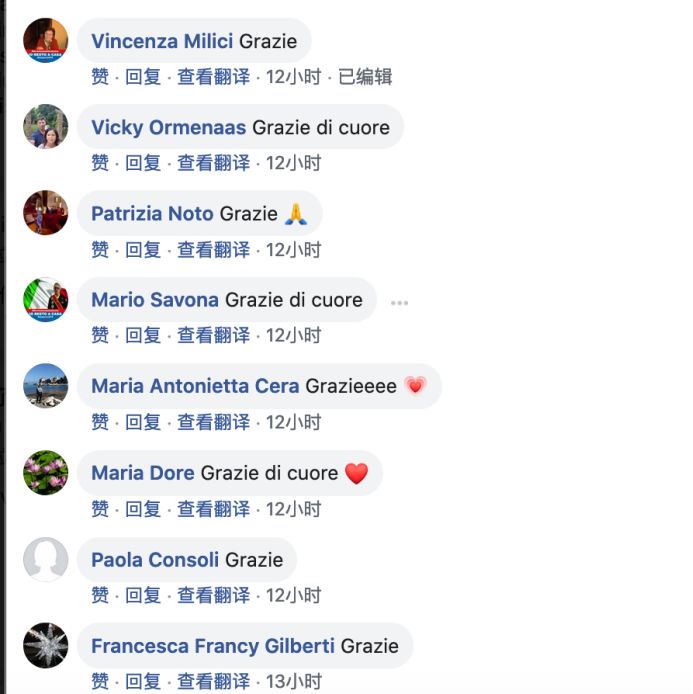