According to Xinhua News Agency, on the morning of March 5th, Sun Chunlan, member of the Political Bureau of the Communist Party of China and vice premier of the State Council, led the Central Steering Group to the Cuiyuan Community in Qingshan District, Wuhan, and the Xiqiao Community in Jianghan District. Happening.

In response to the problems reported by the masses at the scene, Sun Chunlan immediately requested an in-depth investigation and practical solutions.

What problems did the masses reflect? 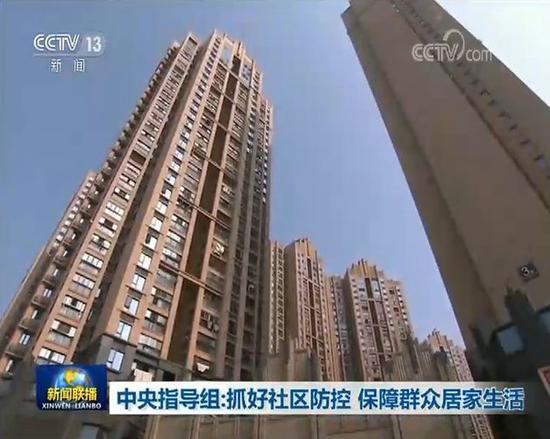 Let’s talk about the shouts of Wuhan residents first.

In the afternoon of March 5th, a post about the inspection of the Central Guidance Group in Kaiyuan Mansion, Cuiyuan Community, Qingshan District, Wuhan, was circulated online.

In the video, during the inspection of the community by the central guidance group, some residents shouted to the guidance group from the windows of their homes: “False, fake!” “Formalism!” 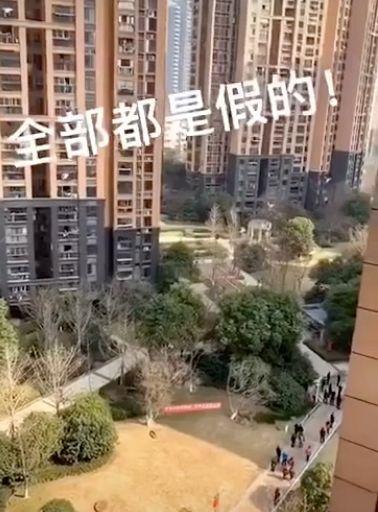 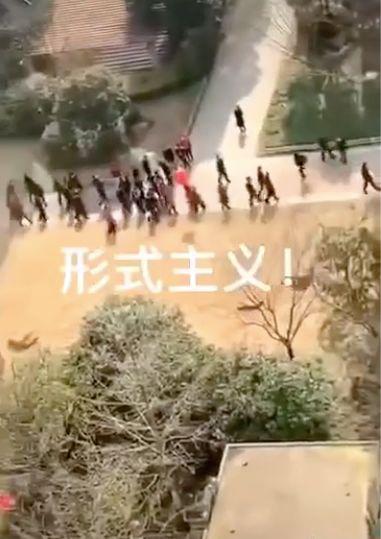 According to the WeChat public account “Tao Ran Notes”, residents reported that the main It is the case where the community property pretends to allow volunteers to send vegetables and meat to the owner, and the actual work is not in place. The content of the site about the site is basically true.

Zheng Zhijian (Wechat ID: bqzhengzhiju) noted that starting from February 11, Wuhan has implemented closed management in all residential districts throughout the city, leaving only one entrance and exit in the community, restricting residents from going out, and banning outsiders and vehicles from entering. Since February 18, supermarkets in all districts of Wuhan no longer sell to individuals, and only accept group shopping in the community.

In order to meet the daily needs of residents, most of the Wuhan communities use the group or property to buy vegetables, meat, and daily necessities through the community or property. The streets and communities regularly collect and summarize residents’ shopping needs, and organize unified purchase of daily necessities. Specific community group buying models include, but are not limited to, online vegetable shopping, group purchase by supermarkets, and fresh through trains.

What exactly is the problem reflected by the masses this time remains to be investigated.

In the “News Broadcast”, it was stated as follows:

In response to the difficulties and problems reported by the masses on the scene, Sun Chunlan immediately asked provincial and municipal leaders to conduct in-depth investigations, avoiding contradictions, eliminating formalism and bureaucracy, and insisting on pragmatic style, seeking truth from facts, Effectively solve problems and improve public satisfaction.

“Please everyone to overcome with us.”

This model of community group purchase in Wuhan is not the first time that residents have been voiced.

On the evening of February 22, in the WeChat group of the owners of Binjiangyuan Community under the Jiangma Community of Jiang’an District, Wuhan, a female owner sent several voices in a row, scolding Wuhan Zhongbai Supermarket for issuing “AB Yin Yang Package” for different communities. , Bundled sales of rice, soy sauce and toilet paper, high package prices, poor communication between the community and the industry committee, inadequate service and other issues. 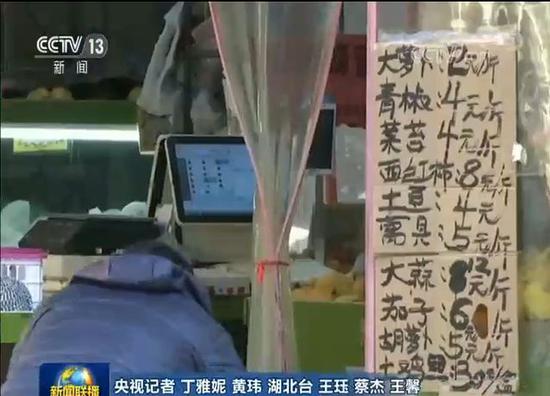 Vice Mayor of Wuhan Xuhong Lan was no secret at the press conference, “At present, there are not enough community buy accurate, not fine, relatively simple delivery and other issues, yet can not meet the individual needs of all residents.”

In addition, There is a problem of high prices. Xu Honglan said that some time ago was during the Spring Festival, coupled with the sharp increase in labor and logistics costs caused by the epidemic, the current logistics and labor costs in Wuhan are about three times the usual, directly driving up the prices of vegetables and goods. Driven by the government, companies are actively participating and working through multiple channels to address this issue.

On February 26, the secretary of the Hubei Provincial Party Committee, Ying Yong, went to Wuhan communities and supermarkets to inspect and supervise the supply of living materials. At that time, he still shouted to the residents and asked everyone if there were any difficulties and what they were eating.

Ying Yong said in the supervision, “The difficulties must be there. Please overcome them with us.”

On February 29, Li Guohan, secretary of the party group and director of the Wuhan Civil Affairs Bureau, told the media that in order to open up the “final guarantee for residents’ living materials” “One kilometer”, Wuhan recruited volunteers, sank government officials, government agencies, and the community to respond positively. The staff of the animal industry formed a grid work team to implement 24-hour on-duty to protect the lives of residents.

Zheng Zhijian (Wechat ID: bqzhengzhiju) noticed that after the “swearing”, all the package sales were cancelled by the spitted supermarket. Jiangan District sincerely apologized to the residents for the deficiencies in the community’s previous work, and the lady also became A volunteer joined the community epidemic prevention work.

The central and Hubei provinces are concerned about grassroots issues.

An obvious problem is that the importance of communities and grassroots cadres has become increasingly prominent in the Wuhan defense war.

In recent days, the central level and the Hubei level have been going to the community for investigation.

On March 4, the day before Sun Chunlan went to the community, the secretary of the Hubei Provincial Party Committee Ying Yong went to Wuhan community, Shangchao to investigate volunteer service work. On the same day, Ying Yong also invited 8 grass-roots representatives to have a forum to listen to their opinions and suggestions on the prevention and control of the epidemic. 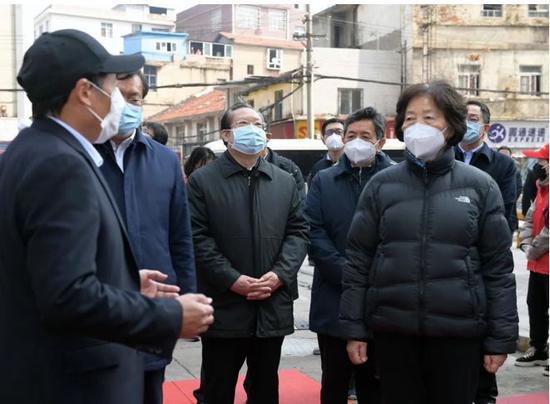 In the afternoon of the same day, the central steering group held a special meeting to study and further improve the work of safeguarding the lives of the people, emphasizing the need to open up the “last mile” of living supplies and community services, and do a good job of psychological counseling for the people in the community to make their home life more Peace of mind. 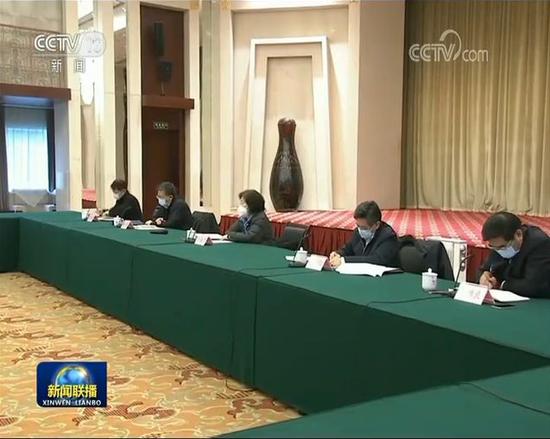 Also on March 5th, the day when Sun Chunlan put forward a request for the masses to reflect the problem, Wang Zhonglin also went to the community to investigate the volunteer service work. He said that grain, oil and rapeseed products were delivered to millions of households, mainly by volunteers to get through the “last mile.”

Zheng Zhijun’s feeling is that Wuhan has implemented the strictest community control for a period of time. Under this background, whether the supply of people’s living materials can keep up and whether the “last mile” can really get through is becoming increasingly important.